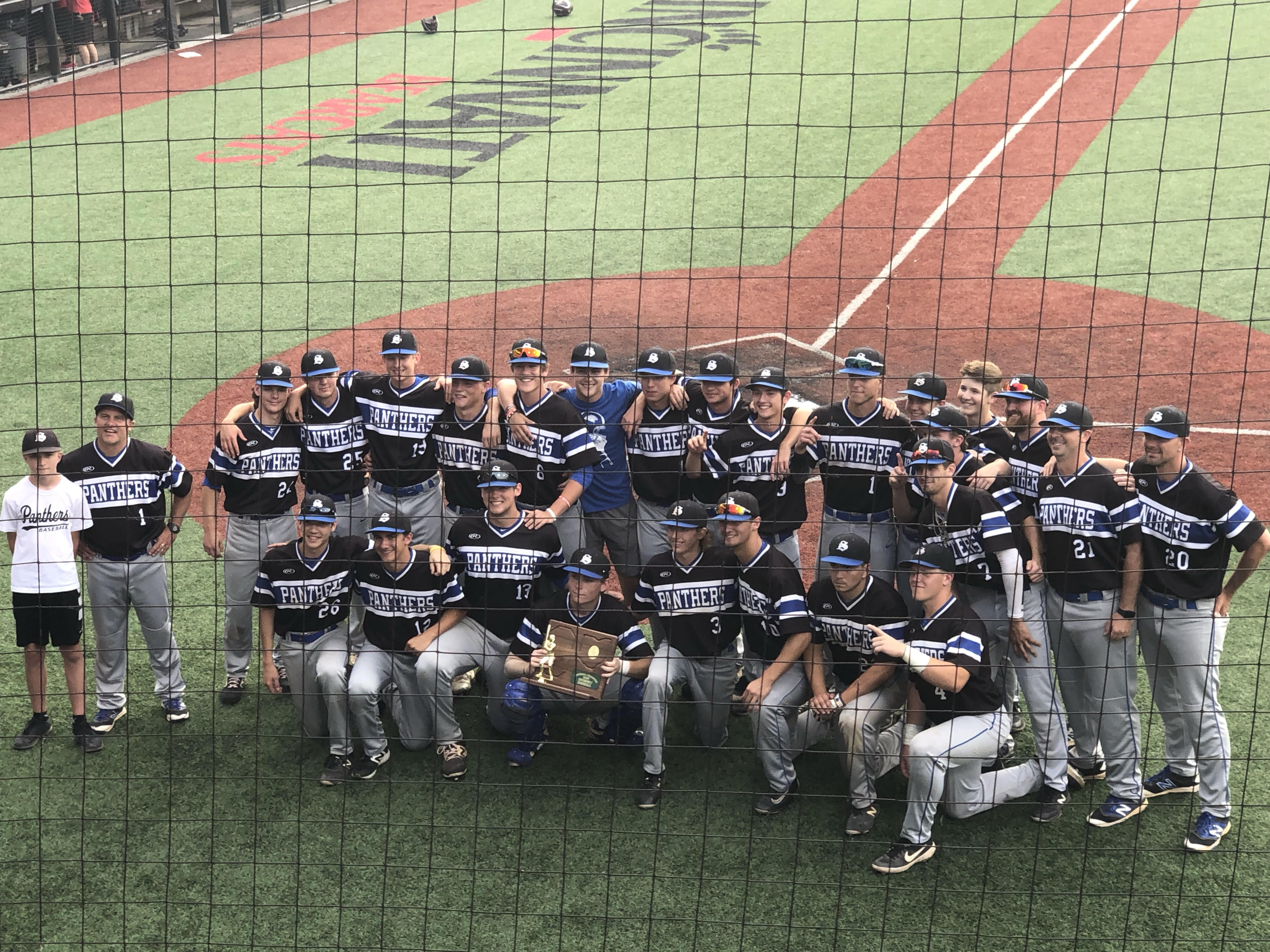 Springboro Baseball wins the Regional Finals this past Friday to advance to the State Semi-Final game.

In their win Friday they got on the board early from a Jake D’Amico scoring on a sacrifice fly from Calvin Walters in the first inning. Then through the second, third, and fourth inning is was scoreless stretch for both teams. In the top of fifth inning Jake D’Amico score again from a line drive by Tyler Kean. Calvin Walters steps up to bat with two runners on and hits a BOMB over the left field fence. The umpire rules him out from a failure to touch home plate, which ends the inning. Panthers are up by four going into the 6th inning when the Panthers have a breakout inning scoring six runs to extend their lead to ten runs. In the bottom of sixth Austin Fawley has a tremendous game pitching 5 innings with no runs and gets relieved by Adam Schomberg. Turpin is able to score 2 runs in the bottom of the sixth inning to extend the game to the seventh inning. Springboro isn’t able to drive in anymore runs in the top of the seventh. In the bottom of the seventh Turpin drives in another run, but then Sprinboro gets it’s third and final out of the game.

Springboro Wins the Regional Final! They will be playing Friday, June 7th at 10:00 AM in Akron for the State Semi-Final game. This will be the first appearance for Springboro Baseball. The game will be played at Canal Park. Please check the team schedule for exact location. Hope to see the Panther community rally and get behind the baseball team for support of this historic season they are having.

Good Luck to the Springboro Baseball team and Go Panthers!!