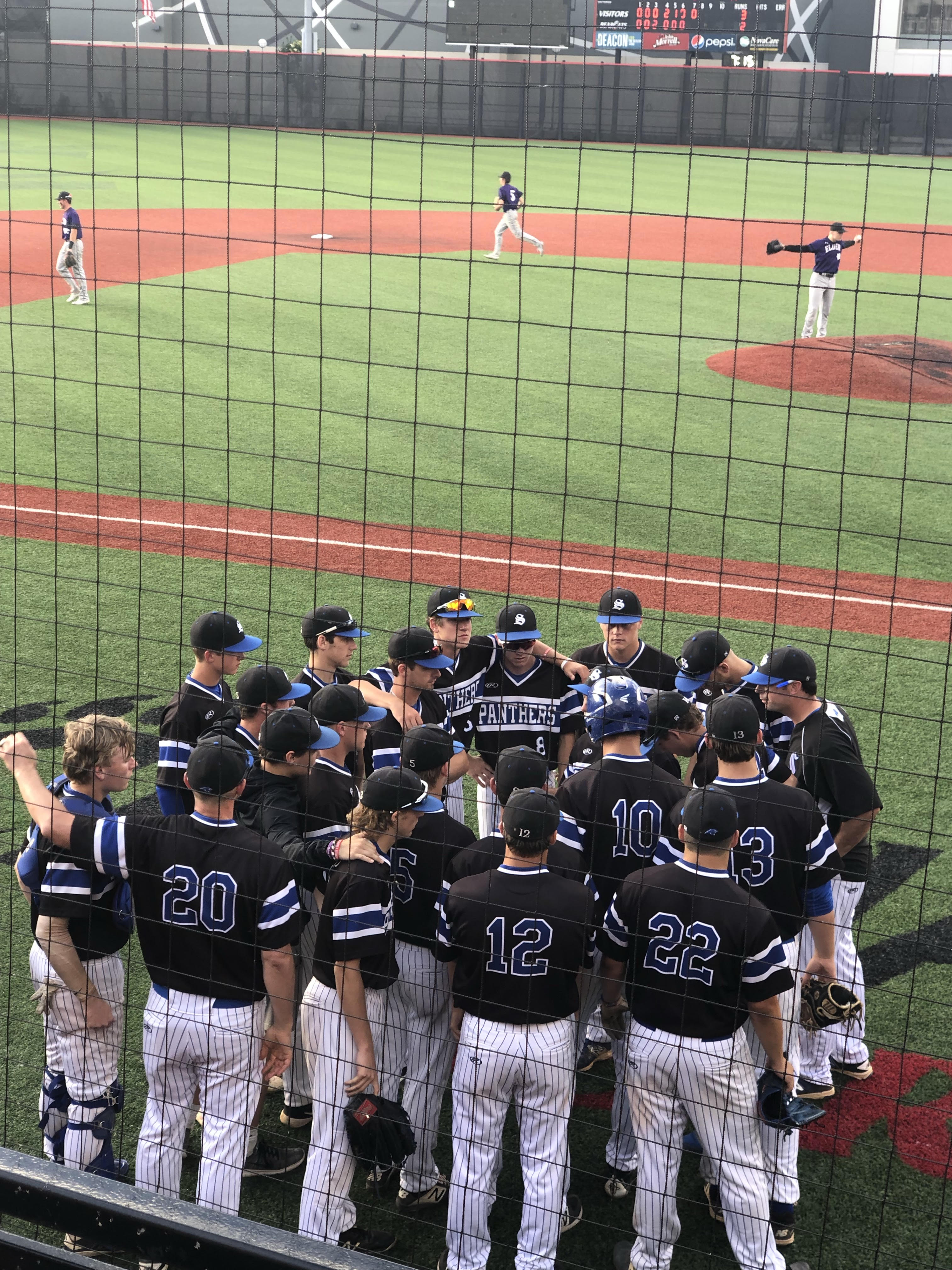 Baseball played in the Regional Semi-Final against Elder last night at UC.

During the 1st inning Tyler Kean gets three quick outs with help from his field. Springboro lands Jake D’Amico on the base, but right Elder gets the double play to end of the inning. In the second inning Springboro is able to get four runners on the bases, but fails to get them across the plate. In the third Inning Tyler Kean is still strong on the plate to hold Elder to no runs. Bottom of the third Calvin Walters flys out to score Jake D’Amico and then on some wild throws Boro score another run to go up. Top of the fourth Elder drives in two runs and Adam Schomberg comes in to close out the inning. On some errors bu Boro Elder gets another run in the top of the 5th inning.

Then with a scoreless 6th inning Boro was down to their last at bat. Bottom of the 7th down by one run Springboro has to get at least one run across the plate. With some walks by Elder one run scores and the game is tied. Then with one out Cameron Snurr hits a deep fly out to left field and Calvin Walters tags up to score the game winning run.

Springboro’s next game will be Friday, May 31st at UC Baseball Field at 5 PM. They will be playing Turpin in the Regional FInal game. There are only 8 teams left in the state. Turpin comes into the game (18-10) on the season and Springboro comes in (25-6).